Henry Battle, a.k.a. Hbatto, a Californian native and well traveled Air Force veteran, now rooted in Atlanta GA, describes his style as richly realistic figurative snapshots of life. His subject matter ranges from spiritual and family-oriented, to romantic moments that he freezes in time.

After feeling the passion of his subjects from a distance, he wants the viewer to walk up close and be drawn into the detail of it, discovering a bit more each time. Henry produced his first artwork a limited edition, colored pencil drawing entitled Last Single Thoughts while stationed at Ramstein Air Base, Germany in 1991.

With a strong spiritual base, he believes art is not only his gift from God, but also his assignment to capture and portray positive spirited images of life. He gains inspiration from the talents he observes in others lifting their gifts to the highest highs. Never content, Henry spends many hours daily polishing his style, creativity and vision, to further his ability to portray images in the best possible way, delivering collectors of his works sustained value long after their initial purchase. 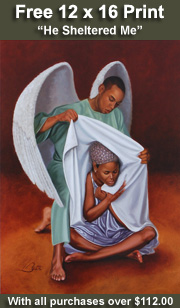